Some of us remember the days when we could walk into a comic shop and roam around to see if any books peak our interest. We would then take a chance on a book or three to see if there was something we would like to start reading. We would then discuss the books with our friends and check out what they decided to try out as well, if we found that a book peaked our interest we would put it on our pull list, but those days are gone.  Why are those days a thing of the past, in this article I will explore just a few of the issues that comic buying customers face today.

Today’s books have covers that seldom represent the story and on occasion they have characters on the cover that are not even in the book. 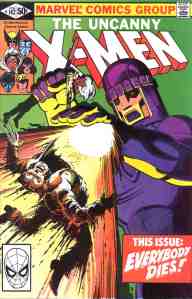 We can no longer trust that the cover will give us a glimpse of what we could expect from the book.With that said we turn to the internet for reviews but unfortunately several popular websites are nothing more than marketing tools for the publishers. The sites give almost every book a great review because they fear they will not get stories or interviews if they write a negative review and they need the clicks to get revenue. The forums are moderated unfairly to remove negative views and they allow writers freedom to treat customers and potential customers as if they are expendable.  If a writer slips up and makes an embarrassing or offensive post it will be deleted in order to protect the writer while others are banned for simply saying they did not like a book or that they believe a character was acting out of character. Some sites go out of their way to mislead customers about sales numbers. For example one comic site stated one book has a gentle slide while another book that has a significantly less severe decline was portrayed as having a noticeable decline in sales, this was possibly done in order to support a fellow friend that writes the book. This allowed the writer to use false logic when it was pointed out that the book is showing a trend of losing readers. This also leads some to speculate that the reason many comic book writers are anti-Gamer gate is due to the fact that they know that they also have some of the same ethical issues in journalism as the gaming industry. Since many web sites cannot be trusted bloggers started putting up their own pages with their honest reviews and sharing their reviews on twitter, knowing that if the review is negative they would possibly have to deal with some rude backlash from several writers.

Another concerning issue is the price of a comic book, as the data I provide here indicates these books have a significantly higher cost than in the past. Economies of scale could help with this problem but the publishers are not helping themselves by pricing themselves out of the industry. Granted there is a great amount of competition for entertainment and that is a factor as well but this data should not be ignored. Examine the data presented below and you will see a clear problem. In the past a person would be able to get a lunch and spend a few cents to get a comic book to read while eating their lunch but with the prices today that is a growing challenge. The table below shows the Federal minimum wages over the years and the growing cover price for the average comic, notice how the amount of comics one could purchase for the same labor time cost is significantly reduced. With that said the average person can no longer just try a book, the expense is too great therefore the customer base turns to reviews in order to make a purchasing decision bringing us back to the first problematic topic that I addressed.  To compile the problem the average customer can no longer buy the amount of books that they could in the past so they are more selective than ever before. If they choose to spend $3.99 on a book and feel that it was not worth their money who can blame them for sharing their views on a book to help save others money.

When we live in a more challenging time for the business than ever you would think the companies would be trying harder than ever to generate and maintain loyal customers yet the reality is painting a different picture. Writers are reducing readers by offending readers based on political principles and other personal views in and out of comics. For example please see this review:

One would think that it may be time for publishers to get a grip on their employees and work to get everyone together rather than creating more division and reducing readership. What will the future hold? Who knows, but at a time that our heroes have more attention and mainstream popularity than ever there is no excuse for such a decline in sales.

Please feel to share your thoughts in the comments.